How To Handle A Fall
(Assuming It's Inevitable)


Of all the Tips I have posted here, this one is clearly the least credible in the sense that I have no experience in the matter, nor can I imagine a way to practice that makes any sense to me (nor would I want to.)

Still, I will post the thoughts in the hope that the reader will not take them as advice, but purely my opinions on the matter. Further, I suspect that in real life one does not have time to do anything deliberate until after the first impact, and then there may be no decisions possible. On the other hand, since I have personally witnessed a deliberate and life-saving maneuver by a woman who had just suffered a highside accident, I know that at least some people retain enough presence of mind in an accident that the following couple of ideas just might help.

* The objective should always be NOT to fall - even if the bike is going down. That is why I teach my friends how to dismount their bikes (at slow speeds) if it is dumping, or to stay with it until after first impact at higher speeds, if possible.


* DO NOT TRY TO BREAK YOUR FALL WITH YOUR HANDS!!! In other words, try to impact with as much of your body at the same time as possible.


* If you are doing a lowside the bike is ahead of you and you want it to stay that way. Since the coefficient of friction between you and the ground/asphalt is higher than of a metal motorcycle, you want to get as much of your body on the ground at the same time as you can to slow you as quickly as possible so the bike will slide away from you. In other words, arms over head, feet first, butt down. Stay LOOSE (relaxed, in as large a configuration as possible.) LET GO OF THE MOTORCYCLE AS SOON AS POSSIBLE!!!


* If you are doing a highside you will be in front of the bike when you hit the ground. You want to move as fast as possible - in the same direction you were going and for as long as you can - in order to try to avoid getting crushed. In other words, you want to 'tuck' and roll as soon as you can after you hit the ground. Stay TIGHT (in as small a configuration as possible.)


Before you try to get up after taking a spill you must be sure that you have come to a stop first! Wait a couple of seconds until you are sure.

I don't think most people will have time to do anything deliberate at all by way of falling. But perhaps I'm wrong and the above thoughts can in some way be of assistance.
---
Following the posting of this Tip I received many e-mail messages which argued that a person simply does not have time to do anything that could affect the outcome of a fall. I responded with the following:

quote:My comments had very little to do with how you hit the ground following a 'get off' as I don't think there is sufficient time to do anything very deliberate until after the first impact, and then there may be no decisions possible. Rather, I was trying to suggest that as you are coming to rest (assuming you can function at all) then you should try to END UP either loose (as much body contact as possible with the ground) or tight (as little body contact as possible with the ground - tuck and roll posture) depending on if you went down on the low side or the highside.

Despite the fact that I don't think most people would have either the time nor the presence of mind to do much 'thinking' during a 'get off', some do. I have personally seen, for example, a woman in her late fifties do a 50 MPH highside and when she landed, because (I believe - she can't remember) she was so afraid that the bike would land on top of her, began a rapid rolling maneuver that saved her life (the motorcycle stopped 1 foot short of where she did.) I have personally witnessed this same woman (honest) respond to a huge wind gust that knocked her bike over just as we were coming to a stop at a pullout on the top of a mountain and she was thrown over her bike, this time at about 5 MPH. During this latter 'highside' she actually did a summersault before hitting the ground - a clearly deliberate move on her part (we all watched as she tucked her head down and 'kicked' away from her bike which allowed her to land on her curved back and then she 'unwound' and stopped her roll by spreading her legs. (She had gotten away from the bike that was following her, but wanted to stop rather than keep going.) Good thing, because had she gone another five feet she would have had a SEVENTY FOOT fall off the mountain. (There was no fence or guard rail that would have stopped it.) Incidentally, Elaine saw both of these 'highsides' , too.

Anyway, I mention these events because they left a very strong impression on me that some people DO have the presence of mind to determine how to END a fall, despite how fast things are happening to them. I'm not at all sure I'm one of those people, but at least I have thought about it and know that if I'm in front of my motorcycle I want to keep moving until I can't move any more - and I want as small an exposed profile as possible, just in case that bike catches up with me.

As to the lowside concept of trying to end up on your back, arms over your head, feet first - this was originally told to me by a motorcycle 'stunt man' in LA a couple of decades ago about how he tries to stop after a dismount. (Not that any of us are into that sort of thing, of course. )

(James R. Davis is a recognized expert witness in the fields of Motorcycle Safety/Dynamics.)
How to make a small fortune racing ... start with a large one.

From personal experience riding both horses and motorcycles, learning to fall properly can save you from a lot of serious injury, and may even save your life.

I learned to fall properly (yes, there is a right and a wrong way to fall) doing martial arts. The training and repeated movements until they were muscle memory and I no longer had to think about it have kept me from a lot of things that otherwise could have been far more severe.

Once you and your body are trained to fall properly, and you have repeated the movements enough to do it automatically, it WILL kick in when you need it (unfortunately, I'm speaking from experience on this one). Horse and bike falls both happen very quickly, but if you learn to land right, you can minimize your risk. The other big thing is going to be wearing the proper gear.

Gear and training can help save a fall, but your best weapon is your brain to make sure you don't get in the situation to begin with. No amount of training or gear can entirely protect you from the other solid and moving objects you may encounter, so prevention really is the place to start.
"Four wheels move the body. Two wheels move the soul." ~Unknown

Prevention could also be you buying a new ZX10 with ABS and Traction Control.

I will post Kieth Code's opinion of riding 1000 cc bikes in another forum. I'm sure you will concur.
How to make a small fortune racing ... start with a large one.

CrashDummy wrote:Prevention could also be you buying a new ZX10 with ABS and Traction Control.

I will post Kieth Code's opinion of riding 1000 cc bikes in another forum. I'm sure you will concur.

Trust me, if I had the money, I would lol! But other than having a rim break on the CBR I had, I've yet to go down on a liter bike...the times I've been down that were my own fault were all in my first 2 years of riding, and they were all stupid mistakes on my part which I will willingly admit! Being smarter about riding (and more capable) is far more important than the type of bike someone is on.

I finally found the article and posted it under Code Break in this forum.
How to make a small fortune racing ... start with a large one. 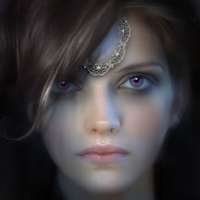 Ahhhh... The voice of experience! I guess you're not called CrashDummy for nothing.
Thanks for sharing Randy!
Sabrina fair...
Listen where thou art sitting
under the glassie, cool, translucent wave,
in twisted braids of lillies knitting
the loose train of thy amber-dropping hair.

Hi Sabrina. I have been a really lucky rider. I bought a brand new 125 Yamaha in 1966 when I turned fifteen and a half. I didn't think to buy any gear not even a helmet. When I bought a 350 Yamaha in 1967, my dad, he had started riding the bike also, suggested we get a helmet. We bought one helmet but hardly ever wore it. It wasn't until my third bike that I started consistently wearing a helmet and I even bought a pair of gloves. I remember riding to Newport and Huntington Beach with my little brother on the back both of us wearing cut offs, tee shirts and tennis shoes. Back then there was no helmet law or even such a thing as a motorcycle license. You just needed a permit. I remember reading a statistic at the time which stated that fifty percent of motorcycle accidents were happening to riders with less than six months experience. I'm glad that there is more concern for rider safety today. Some of my friends weren't so lucky.
How to make a small fortune racing ... start with a large one.